WARNING: You are entering the Amateur Radio Digital Communications Network, unauthorized use is prohibited and illegal under most National Laws. Proceed at your own risk, this connection is being monitored. 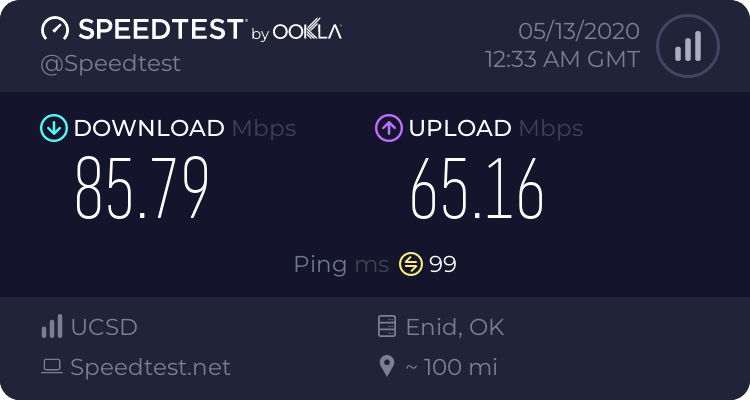 http://linux.die.net/man/8/ip
(tutorial on the ip command, this will setup the tunnel and routes)

http://linux.die.net/man/8/iptables
(tutorial on the iptables command, this configures the firewall)

Many hams are unaware that a Class A IP address block  (16.7 Million IP addresses)  has been set aside for amateur radio users worldwide to use for connecting their radio equipment to and though the Internet.

This address allocation was originally obtained in the late 1970's by Hank Magnuski (KA6M) long before the public Internet was in it�s infancy.

It wasn't till about 1973 development began on the protocol later to be called TCP/IP, it was developed by a group headed by Vinton Cerf.  And the public Internet didn't really emerge till the 1990's.

Internet Pioneer Paul Baran, W3KAS an engineer who helped create the technical underpinnings for the Arpanet, the government-sponsored precursor to today�s Internet.  In the early and mid 60's he came up with the concepts of packet switching and distributed networks.

Baran subsequently founded a slew of technology companies including Packet Technologies and Metricom, and still continued to be actively involved in founding new start-ups � the most recent being Ethernet over wireline outfit Plaster Networks, and the IP TV infrastructure company GoBackTV.

Amateurs all over the world have been networking wirelessly, and have been long before "Wireless Web" became a cell phone feature.  Volunteer hobbyist ham radio operators are investigating the construction of an entirely radio-based world-wide network using TCP/IP.  Hams are in an unusual situation compared to the rest of the Internet. We're trying to build our own radio-based network, so for the goals of the network, radio connectivity is more important than Internet connectivity.

Around 1978, group of amateur radio operators, the Vancouver Amateur Digital Communication Group (VADCG) in British Columbia, Canada began experimenting with Packet radio using a Terminal node controller (TNC) developed by Doug Lockhart, VE7APU.  Federal Communications Commission approved the transmission of ASCII for Amateur radio in the United States in 1980, and AX.25 was born.  It was considered standardized in 1984 with the release of the v2.0 specification.

Use of the TCP/IP over radio dates back to even the DOS days, using a TSR (terminate and stay resident) application to handle the TCP/IP traffic, and command line utilities to handle ping, ftp transfers, and more. In 1985, Phil Karn, KA9Q developed and made public this TCP/IP stack software for MS-DOS.  When Linux came along also in the 90's, shortly there after this became the first and only operating system to include amateur radio AX.25 protocol support built-in.  Allowing direct TCP/IP over amateur radio too.

IPv4 Network 44/8 is known as the AMPRNet, named from "AMateur Packet Radio Network".  Much of the AMPRnet piggy-backs over the Internet very much like a VPN (Virtual Private Network) except the amateur lines are not private. This greatly improves the long-haul traffic handling and it is just the "last mile" that is the bottleneck in the system, that 10 miles or so to your radio location..  The current structure of the AMPRNet is that there are a bunch of fully- and partially-isolated ("disjoint") subnets in nearly every country and most major cities around the world.  In most countries, there is a local coordinator who is responsible for assigning an address and updating the master hosts list.

The AMPRnet protocols extend the normal AX25 packet transmissions with the full support of TCP/IP. This greatly enhances the functionality of the network. Telnet, FTP, ping, even HTTP are all supported.

And it doesn't have to be limited to just slower packet radio for TCP/IP, either. Some of the newer 802.11 wireless Ethernet devices use frequencies that meet with amateur radio spectrum in the 2.4 GHz area. As a result, amateurs can modify the Part 15 compliant devices to increase the power and use better antennas, providing more gain and increasing usable range. These devices are considerably faster at 11 megabits per second than the 1200 and 9600 bit per second speeds of VHF and UHF packet radio.

The 44/8 allocation is administered by Brian Kantor, WB6CYT. He also manages the low-bandwidth tunnelling  44/8 router, amprgw.ucsd.edu (routing between various 44.x.x.x networks are typically done by encapsulation where true amateur routes do not exist).  This router allows a minimal connectivity between the main Internet and some parts of the AMPRNet through gateways. It is there primarily to allow experimenters on the AMPRNet the opportunity to exchange information and to obtain access to Internet resources.  Each of the gateway entities in the amprgw router determine to some extent, what is done at lower levels. Some areas subnet while others do not.

amprgw.ucsd.edu is only an encapsulating router for these disjoint subnets of AMPRNET (IP network 44).  The gateway and subnet routing information was originally updated manually.  Later a email robot was created to process updates.  The primary DNS server for AMPR.ORG is host 'ucsd.edu'. There are a few secondary servers scattered about.

The amprgw router uses a technique called "IP encap", "IP tunneling" or "IPIP" to carry the IP frames further on to the destination. It encapsulates the source IP frame into another IP frame directed to a router who knows about the original target at the original's target network. The routing table at amprgw tells the system which destination address.

This approach has the following positive aspects:
- Every subnet in the 44.0.0.0 network has not to be announced to the Internet backbone routers.
- Easyness in setup

There are two negative aspects I can think of:
- Speed: Even an IP frame from one host in Germany to another has to go via ucsd.edu . That way it has to cross the Atlantic two times.
- Traffic load at ucsd.edu

Barry Siegfried, K2MF devised a dynamic AMPRNet IPIP encapsulation routing daemon. This package provides both a client and server that implement the AMPRNet dynamic gateway routing protocol.  You will probably only make sensible use of this package if you are an Amateur Radio Operator wishing to operate an encapsulating gateway.

However this day in age gone are the days where it was easy to pass 44 traffic over the Internet, or where IPIP was a protocol that saw little hindrance.  With the new generation of home user routers, IPIP will usually not work, since most home users are now behind a firewall or NAT router of some type.

Possible solutions are: Use IPUDP instead of IPIP,   The Xrouter sysop would need to replace his firewall/router with something that understands protocols beyond TCP, UDP, and ICMP,
Or set up a VPN tunnel.  Another fix is if  you open a DMZ from the cheap-o router to your gateway then the router will blindly pass all traffic to the gateway that it doesn't already have on a TCP/UDP port forwarding list, including IPIP frames.

The down side to using IPUDP is that it hasn't yet been ported to Unix, which means a Linux gateway and mirrorshades (BSD unix) can't yet make use of it.  But any gateway that can support it CAN make use of it as long as they can find a well-connected and well- maintained "hosting" gateway that also supports both IPIP and IPUDP and has no small IPNAT router or provider restraints on its own IPIP operation.

HSMMnet is Linux based network being developed to interconnect local HSMM data networks much in the same way that the IRLP project connects voice repeaters. This network will allow for easy to use data communications over amateur radio using any wireless connection that supports TCP/IP.